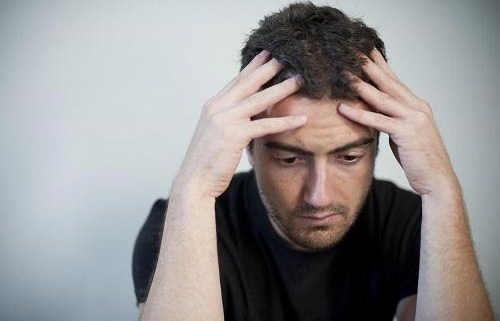 Alcohol is the most favored substance used to self-medicate bipolar symptoms. There is a high prevalence of this dual diagnosis, as alcohol is inexpensive and readily available and provides the desired effect. According to statistics reported by the American Journal of Managed Care, about 56% of individuals with manic depression also have experienced a co-occurring addiction. Of these, approximately 46% used alcohol and 41% used drugs to help relieve their symptoms.

To help explain the reason for this particular combination of disorders—bipolar disorder and alcoholism—researchers have identified some possible causes:

Although the order of onset of the two disorders can happen either way, it is more common for the bipolar disorder to emerge first, followed by the alcohol abuse. The alcoholism is, therefore, a complication of bipolar disorder.

While comorbid alcoholism and bipolar disorder present a complex treatment picture, there are some medications and psychosocial interventions that can help individuals manage this dual diagnosis.

Bipolar disorder is among a group of major affective disorders, also called mood disorders. As a serious and complex mental health disorder, bipolar disorder can be accompanied by disruptive emotional states and behaviors. Approximately five million U.S. adults, or 2.8% of the population, struggle with bipolar disorder, according to the National Institute of Mental Health. The disorder affects an equivalent number of males and females, which differs from the demographic profile of those who have major depressive disorder who are predominately female.

Bipolar disorder is characterized by extreme mood shifts between depression and mania. The way that these mood swings occur differ, which is why there are four different types of bipolar disorder listed in the DSM-V:

It remains a mystery what exactly causes someone to develop bipolar disorder, although there is some evidence that irregular brain chemistry and functioning could be a factor, as well as genetics.

Bipolar disorder is usually diagnosed during the teen or early adult years. The extreme mood states of bipolar are usually not subtle and include these symptoms:

The signs and symptoms of an alcohol use disorder (AUD) include behavioral, physical, and psychological elements. An AUD is diagnosed by a list of criteria published in the DSM-V that then sorts the AUD by the number of symptoms present into three different levels of severity. Mild AUD is diagnosed when 2-3 criteria are present, moderate AUD features 4-5 criteria, and severe AUD 6 or more criteria.

The diagnostic criteria for AUD include:

Alcohol has a relaxing effect, making it an attractive method of self-medicating the unpleasant symptoms of bipolar disorder. The Centers for Disease Control (CDC) has issued guidelines that help individuals understand safe levels of alcohol consumption. According to the CDC, moderate alcohol intake is defined as no more than one alcoholic beverage daily for women, or two per day for men.

Treatment for Alcoholism and Bipolar Disorder

Someone with bipolar disorder may have started out using alcohol as an attempt to self-medicate, and found themselves with an AUD. When this occurs, it is important that the individual be treated for both the bipolar and the alcoholism. A specialized treatment program that is designed to treat dual diagnosis is the appropriate treatment route.

Dual diagnosis treatment programs provide both the psychiatric expertise and addiction recovery specialists for an integrated approach. After a detailed psychological evaluation is completed, the intake representative or clinician will design an individualized treatment plan.

Treatment will begin with a detox, which allows the alcohol to be safely eliminated from the body. During the detox and withdrawal period, close attention will be paid to both physical withdrawal symptoms and psychological disturbances that may arise. Appropriate interventions provided by the trained detox staff will help ease these withdrawal symptoms, and a psychiatrist will closely monitor the process.

After detox, the treatment portion of the dual diagnosis program will involve the following:

Individual therapy sessions. Psychotherapy will address both the bipolar disorder and the alcohol use disorder. Cognitive behavioral therapy (CBT) helps the patient identify distorted perceptions or thoughts that may lead to irrational behaviors or alcohol abuse. CBT treatment can help the individual change their dysfunctional thought patterns by having them practice using different responses to the triggering events. This will result in new healthy behavioral responses, which can help mitigate the bipolar disorder as well as sustain sobriety. Other therapies that are effective for the bipolar disorder specifically include social rhythm therapy and interpersonal therapy.

Support groups can offer a forum that allows people with bipolar disorder to learn new coping skills while receiving encouragement from the group participants.

Medication, such as the antidepressant sertraline, is usually part of the treatment plan for relieving the symptoms of bipolar. As well, the non-narcotic naltrexone may help the individual avoid relapse.

Both bipolar disorder and alcoholism can take a profound toll on the family. Family-centered therapy provides an opportunity for loved ones to gain new understanding about the co-occurring disorders, as well as how to set appropriate boundaries in recovery.

Because so much of the overall recovery picture depends on maintaining sobriety, individuals will learn coping skills and relapse prevention strategies to access in recovery.

The 12-step program is often part of a comprehensive addiction recovery program. The themes and structure of the program help individuals hit benchmarks in their recovery journey.

An alcoholism and bipolar disorder dual diagnosis can create certain challenges during the treatment process. The features of the bipolar make difficult to treat, with some clients’ symptomology, such as an emerging mood episode, interfering with the treatment plan. This underscores the importance of obtaining treatment from a recovery program that is equipped with the psychiatric expertise. These professionals are better equipped to manage the difficulties that might arise in treatment.

Following treatment, the individual should adhere to an aftercare plan that will assist them in maintaining sobriety over the long term. Aftercare activities include continuing to participate in ongoing therapy sessions, medication review and management, 12-step or similar alternative recovery community, and to consider sober living arrangements for a few months after rehab.

While bipolar disorder cannot be cured, the condition can be successfully managed through medication and psychotherapy so individuals can lead a healthy and productive life.

Capo by the Sea is a luxury residential dual diagnosis rehab located in a stunning beach community in South Orange County, California. Offering a varied integrated program that addresses both the bipolar disorder and the alcohol use disorder, Capo by the Sea helps individuals regain control over their lives. For more information about the program, contact Capo by the Sea today at (888) 529-2114.

Why Alcoholism Runs in Families