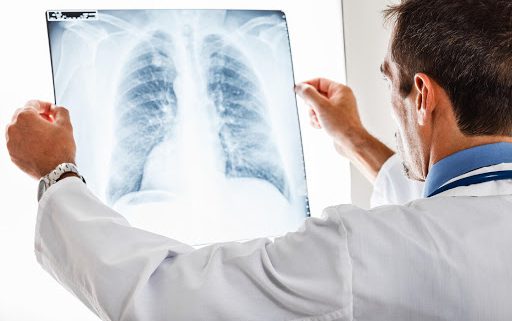 It is well known that chronic heavy drinking will eventually wreak havoc on the body. Specifically, most people are aware that untreated alcoholism ultimately leads to serious liver disease and failure. Other known health risks associated with alcoholism include pancreatitis, heart disease, dementia and brain damage, some cancers, and gastrointestinal conditions. One serious health concern related to alcoholism that is not so well known is the increased risk of developing pneumonia.

A study conducted in Denmark discovered that men who consumed more than 35 alcoholic drinks per week were much more likely to contract lung infection, or pneumonia, than men who abstained from alcohol, and once they did have pneumonia their mortality rate was 64.5% versus a 20% mortality rate among patients without an alcohol use disorder. Apparently, there is a correlation between chronic alcoholism and pneumonia.

An interesting bit of data revealed that women who were regular drinkers did not differ in their risk of pneumonia from women who did not drink. The mortality rate between the groups was no different. For some reason the increased risk of lung infection was only seen in alcoholic men, not women.

Pneumonia is basically an infection, viral, bacterial, or fungal, that has settled in the pockets of the lungs. As the air sacs of the lungs fill with fluid, difficulty breathing will result. Pneumonia can range in severity from mild to life-threatening, and is the sixth most common cause of death. Symptoms of pneumonia include:

It may seem a far stretch to claim a risk between chronic alcoholism and pneumonia. However, there are several very logical reasons why someone who abuses alcohol on a regular basis might put their lung health at risk. These include:

How Much is Too Much Alcohol Intake?

The Centers for Disease Control have established guidelines for monitoring alcohol intake. For reference, a “drink” refers to a 12-ounce beer, 5 ounces of wine, 1.5 ounces of spirits, or 8 ounces of malt liquor. These guidelines include:

Alcoholism can creep up on someone slowly as tolerance to its effects increases, leading to incrementally higher levels of consumption to experience the relaxing effects desired. But, as with all substances of abuse, as the body assimilates increased amounts of alcohol, brain chemistry changes accordingly and over time addiction can develop. Some signs of alcoholism include:

Many people are simply unable to rein in their problem drinking, even though they may sincerely desire to stop. The grip of alcoholism is extremely powerful, both on a physical and psychological level. For this reason, getting professional help is the only effective means of overcoming an alcohol addiction.

Beginning with a residential detox, the individual will proceed through a 5-7 day period of detoxification where the body will purge the toxins from the bloodstream and bodily tissues. Withdrawal symptoms are often harsh, but these can be treated during the residential detox program.

After detox is successfully completed, an integrated treatment protocol will help the individual change their self-destructive reflexive habits and thought-behavior patterns. Also, any underlying emotional issues that might be driving the alcohol abuse will be examined and processed so true healing can begin. Group therapy and 12-step recovery groups offer the peer support that is so important in recovery. In addition, holistic activities, such as mindfulness meditation, yoga, and art therapy help individuals further explore their emotions while in treatment.

Capo By the Sea Provides Comprehensive Treatment for Alcoholism

Capo By the Sea is a full service luxury addiction recovery program located in Orange County, California. Nestled in a quiet beach community, Capo By the Sea offers premium accommodations and a wide array of services in addition to the highest standard of addiction recovery treatment modalities available. If you are concerned about chronic alcoholism and pneumonia or any other serious health risk, please get the help you need. Call Capo By the Sea today at 888-529-2114.

Why Alcoholism Runs in Families

Capo by The Sea As Featured in Psychology Today Articles