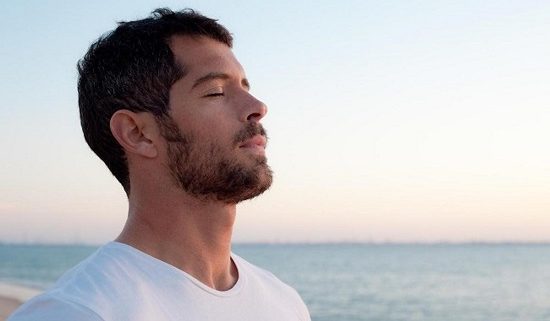 Like a peanut butter and jelly, alcoholism and depression often coexist together. On their own, either depression or alcoholism is a devastating disorder. Together, these comorbid disorders seem to feast off each other, each worsening the symptoms of the other. This makes the dual diagnosis of alcoholism and depression inherently dangerous, as about 90% of those who have completed suicide were struggling with alcohol use disorder and/or depression, according to the National Institute of Mental Health.

Getting help for alcoholism and depression is essential. Either disorder is potentially life threatening, and together they form a dangerous liaison. Much research has been conducted regarding treatment of the dual diagnosis, whether treatment should focus on one disorder at a time. In the end, it has been determined that o-occurring alcoholism and depression should be treated simultaneously for the most successful recovery outcome.

How Prevalent is Co-occurring Depression and Alcoholism?

An article published in Psychology Today estimates that nearly 50% of the individuals in treatment for alcoholism present with co-occurring depression. In addition, the article states that for those who are being treated for depression, almost 40% will also struggle with an alcohol use disorder at some point in their life.

Which Disorder Appears First, the Depression or the Alcoholism?

Difficulties arise when trying to assess the order that these two disorders appear. This is because they can each influence the other and it becomes a muddy picture when trying to determine which disorder is primary and which is secondary. However, it has been seen that for those with secondary depression see the depression symptoms resolve significantly after days or weeks of abstinence.

Very often, however, individuals suffering from the symptoms of depression will use alcohol to self-medicate the discomforts associated with it. As the depression lingers and alcohol use increases in tandem with tolerance, alcohol addiction or dependency can result.

The DSM-5 lists nine diagnostic criteria to determine if someone has clinical depression. If the individual exhibits 5 or more of these signs of depression that persist for more that two weeks, they receive a diagnosis of major depressive disorder. These symptoms include:

9 Signs of Alcohol Use Disorder

Based on the number of symptoms of alcohol use disorder, the individual will be diagnosed with mild, moderate, or severe AUD. These symptoms include:

Obtaining the necessary professional help for alcoholism and depression is the first step in reclaiming one’s life and avoiding potentially devastating consequences. Sadly, too many people with these dual diagnosis disorders never reach out and get the help they need. Barriers to getting treatment might include the belief they will lose their job if they go to rehab, that their reputation will be at risk if others learn of their struggles, or assuming that they cannot afford treatment. All of these issues can be managed to overcome the barriers to treatment.

Treatment for alcoholism and depression begins with detoxification. During detox the body will struggle to adjust to the lack of alcohol it has come to expect. Neurotransmitters have been remapped in response to the consistent influx of alcohol over an extended period of time, so when alcohol is withheld the body is destabilized, resulting in withdrawal symptoms.

During a residential detox, the individual will be closely monitored for the duration, usually 5-7 days, until he or she has stabilized. Treatment interventions will assist with both physical and psychological withdrawal symptoms, including those related to depression.

Following detox and withdrawal, the individual will embark on an addiction treatment program that helps them make fundamental changes in the thought patterns that have controlled behaviors, resulting in alcohol abuse. In cognitive behavioral therapy, these thought and behavior patterns are examined and reframed to break the engrained addictive habits.

Other types of psychotherapy that are effective for addiction treatment are dialectical behavior therapy, contingency management, and motivational interviewing. Therapy is offered in both one-on-one sessions and group sessions, and often includes family or couples therapy.

Medication is provided for the depression. The antidepressants help to rebalance brain chemistry, but they take at least four weeks to become effective. Concurrently, holistic activities offered at the rehab can assist with the depression, such as using acupuncture, mindfulness training, or art therapy as complimentary to the traditional psychotherapy and medication interventions.

Following the completion of the rehab program, individuals are encouraged to continue with aftercare activities that will help reinforce recovery. These include possible a few months of sober living housing, joining a recovery community for peer support, and ongoing outpatient therapy.

Capo By the Sea Provides Effective Help for Alcoholism and Depression

Capo By the Sea is a luxury addiction and dual diagnosis rehab located in Southern California. Boasting a highly desirable location in an Orange County beach community, Capo By the Sea combines upscale accommodations and provisions with a highly effective clinical team. Beginning with a customized treatment plan designed to offer help for alcoholism and depression at the same time, Capo By the Sea uses the most effective evidence-based approaches for best results. Capo By the Sea offers couples rehab and is a pet-friendly rehab. For more information about this premier rehabilitation program, please contact Capo By the Sea today at [phone_ number].

Getting a Second DUI in California