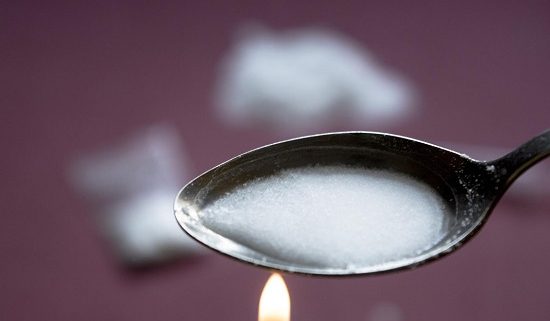 About four years ago there was a sudden surge in overdose deaths, at the time attributed to heroin. It wasn’t clear why the drastic uptick in heroin overdoses were happening at first. Eventually, the answer came: Fentanyl. Fentanyl is a synthetic opioid that is at least fifty times more potent than morphine, used in the field to help manage pain in cancer patients during the end stage of their disease. Sadly, fentanyl and its analogs were being manufactured illicitly in China and being widely distributed on the streets of our country, often as heroin and fentanyl, or sold as counterfeit versions of OxyContin or other opioids.

People were dying left and right. In 2016 alone, more than 19,000 opioid-related deaths were attributed primarily to fentanyl, according to statistics provided by the National Institute on Drug Abuse, showing a six-fold increase since 2010. The Centers for Disease Control (CDC) reported that overdose deaths caused by fentanyl doubled in a six-month period between the end of 2016 and the summer of 2017. Clearly, fentanyl poses a serious health crisis among individuals who may be already addicted to opiates.

The CDC had issued a health advisory in 2015 regarding the dangers of fentanyl, but this was upgraded to an alert in early 2018 as deaths continued to mount. The alert included information that the powerful drug was showing up in heroin, methamphetamine, ketamine, benzodiazepines, and fake opioid pills on the street, and encouraged wide availability of the opioid antidote, naloxone, to help reverse the effects of the drug in individuals still alive.

What Makes Fentanyl So Deadly?

Fentanyl is a powerful narcotic analgesic manufactured under such brand names as Duragesic, Abstral, and Subsys, and is used by physicians to control pain in patients with serious illnesses. The compound that makes up fentanyl is easy for nefarious people to reproduce, and has become widely distributed in street drugs or over the Internet, sometimes masquerading as other medications.

The drugs is so potent that law enforcement and first responders fear having any contact with the substance, as just a few granules can produce fatal respiratory effects. Fentanyl is said to be 50-100 times more powerful than morphine and 50 times more powerful than heroin. Many of the overdose deaths have occurred in individuals who had no idea that they were ingesting fentanyl.

The Danger of Heroin and Fentanyl

The opioid epidemic of this past decade has led to a significant increase in heroin addiction. This happens when the opioids become increasingly difficult to procure, or the cost of the opioids becomes prohibitive. At this point some will switch to using heroin as a substitute for the opioid, as it is more potent and a very cheap replacement drug.

Since most heroin addicts obtain the drug from dealers on the street, they may be unaware that the heroin they purchased is cut with fentanyl—or may be pure fentanyl. This is leading to the sharp increase in opioid-related overdose deaths in recent years.

Getting Help For Opiate Addiction

Individuals who are addicted to opioids or heroin must seek professional help to be able to get off these highly addictive drugs. By themselves they are doomed to fail. The power of an opiate addiction is no match for any person on their own, it requires professional treatment. People who make the decision to get treatment for the addiction will progress through three steps in recovery:

Medication is commonly included in opioid addiction recovery, at least for a period of time while the individual’s body is becoming accustomed to not having the heroin. These drugs, themselves in the opioid family, such as Suboxone, buprenorphine, or methadone, are used as a tool to slowly step down the exposure to opioids and drastically reduce cravings. The medications are usually monitored closely so these drugs don’t also become substances of abuse.

Capo By the Sea Leading Provider of Opiate Addiction Treatment

Capo By the Sea is a luxury rehab located in Orange County, California, nestled in a beautiful beach community. The clinicians at Capo By the Sea are well aware of the serious danger posed by heroin and fentanyl combinations being purchased on the street, and are dedicated to helping individuals overcome their dependence on opiates. Capo By the Sea uses a multi-tiered treatment plan that combines psychotherapy, cognitive behavioral therapy, medication assisted treatment, and holistic therapies to give clients a new lease on life. Treatment is provided in an upscale environment with spa-like amenities and the finest accommodations. For more information about the program, please contact Capo By the Sea today at [phone_number].

Long Term Effects of Vicodin Use