You are here: Home1 / Addiction2 / How is Cocaine Addiction Treated? 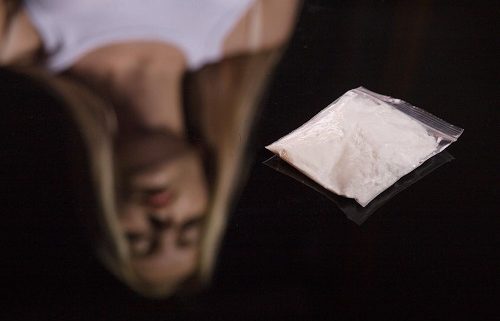 How is Cocaine Addiction Treated?

Cocaine abuse and addiction has declined dramatically since its 1980s heydays.  Back then, regular fodder about celebrity cocaine addiction was common; including the graphic accounts of nasal tissue and cartilage destruction, loss of fortunes, and hushed up rehab stints.  Even since the early oughts cocaine use has dropped by a whopping 44%, mostly due to high costs and changing trends in recreational drug use.

All that said, cocaine overdose deaths are rising in the U.S.  According to statistics provided by the National Institute on Drug Abuse, since 2010 there has been a 1.6 fold increase in the number of deaths attributed to cocaine overdose.  Cocaine remains a drug that attracts young people in particular, with the highest rates of use among young adults ages 18-25.  In 2014 it was estimated that about a million American adults met the diagnostic criteria for cocaine abuse or dependence.

It is clear that, regardless of the reshuffling of the recreational drugs of preference, cocaine use and abuse continues to be a concern.  Individuals who have found themselves with a cocaine use disorder and who want help are curious, asking, “How is cocaine addiction treated?”

It isn’t surprising that there is still a demand for cocaine.  Like other stimulants, cocaine produces powerfully addictive effects, such as euphoria, increased energy, hyper focus, and physical pleasure and stamina.  This is because cocaine quickly crosses over to the bloodstream, stimulating the nervous system and releasing large quantities of dopamine in the brain.  The brain’s reward circuit signals that this is an experience to repeat, prompting the individual to want to recapture this expensive and short-lived high.

As with all substance addictions, tolerance increases with repeated exposure to cocaine.  Eventually, the individual finds him or herself seeking to use the drug more often and in higher doses.  Some may begin to inject cocaine, versus snorting it in the conventional delivery manner, in an attempt to rekindle the initial experience.

As the brain adapts to the drug, the effects diminish.  Even though intense cravings for cocaine drive continued use, the individual may no longer be able to experience joy and happiness in the normal ways, as brain chemistry has been changed over time.  The prior effects of euphoria and energy are replaced with fatigue, depression, and mood swings.

How is Cocaine Addiction Treated?

Because at the present time there is no specific drug that treats cocaine dependence, you may be left wondering how is cocaine addiction treated then.  While true that there isn’t yet a cocaine-specific drug on the market, other drugs show promise of helping in the treatment of cocaine addiction.   Disulfiram is a drug used to treat alcoholism that is showing promise in the treatment of cocaine dependence by its ability to inhibit the enzyme that changes dopamine to norepinephrine.  Also, researchers are working on developing a cocaine vaccine to help reduce relapses following completion of a treatment program.

Peer support is another helpful treatment element in treating cocaine addiction.  Group therapy is facilitated by a therapist who guides the topics of discussion and allows for members of the group to exchange stories and offer support.  Recovery communities, such as N.A. or A.A. or non 12-step programs are also helpful, offering opportunities to make new sober friends while receiving peer support in a safe, non-judgmental setting.

Capo By the Sea is a luxury drug and alcohol treatment program located in beautiful coastal community of Dana Point, California.  Capo By the Sea provides treatment to men and women from throughout the United States and international. The treatment program for cocaine dependence utilizes evidence-based therapies, in addition to a wide range of holistic and recreational therapies.  When wondering how is cocaine addiction treated, contact the compassionate professionals at Capo By the Sea at (888) 529-2114