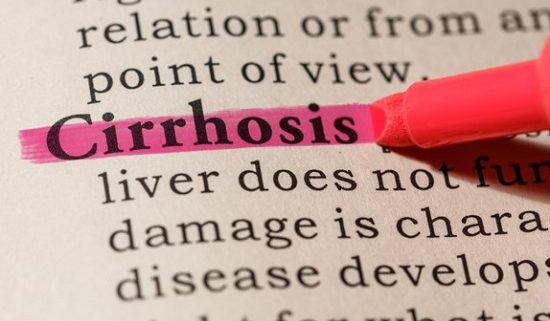 Cirrhosis is a disease of the liver that can be caused by chronic alcoholism. As the liver attempts to repair itself, after exposure to alcohol consumption, scar tissue forms. Over time, this scarring within the liver can ultimately lead to decreased liver functioning. Once the liver has been damaged by cirrhosis, this damage cannot be undone. Any subsequent exposure to alcohol, including occasional drinking with cirrhosis, will further damage the liver.

When someone with an alcohol use disorder develops cirrhosis of the liver it may be difficult for them to make the necessary lifestyle changes that support sobriety. Alcoholism is a disease of the brain, leaving an individual trapped in a cycle of alcohol dependency as a result of alterations in the brain pathways and biochemical responses of neurotransmitters. To successfully break free of an alcohol dependency for the sake of one’s health it is necessary to enroll in a comprehensive addiction treatment program.

The brain is a powerful organ that, when impacted by the disease of alcoholism, may tempt the individual, sending the message that it is okay to drink from time to time. This is the disease talking. The truth is that any alcohol consumption, even occasional drinking with a cirrhosis diagnosis, will only further escalate this serious disease of the liver.

About Cirrhosis and Alcohol

The liver is a large and essential organ that we cannot live without. For this reason, when the liver becomes diseased, whether by infections like hepatitis, acquiring liver cancer, or damage via heavy alcohol consumption, it is considered a health condition that should be taken seriously. This equates to taking great care not to further damage the liver, such as by occasionally drinking with cirrhosis already present.

According to the American Liver Foundation, 10%-20% of chronic heavy drinkers will develop cirrhosis. After a cirrhosis diagnosis, the individual must avoid all potential toxins, such as alcohol, that could further damage the liver. Cirrhosis occurs when healthy liver tissue has been replaced by scarred tissue, impeding the organ’s ability to adequately detoxify the body.

Early on, there are usually no discernable symptoms of the damaged liver. Many people with alcoholic liver cirrhosis initially become aware of it through basic blood tests, with the lab results showing liver enzymes out of normal range. As the cirrhosis progresses and the liver hardens, symptoms will begin to emerge. Symptoms of cirrhosis include:

Alcoholism is the second most common cause of liver cirrhosis in the U.S., with 20%-25% of cirrhosis diagnosed due to heavy consumption, and women are at higher risk of developing it. Cirrhosis can lead also to liver cancer.

The Importance of Sobriety with a Cirrhosis Diagnosis

After receiving a diagnosis of cirrhosis the focus will become preservation of existing liver function. While it is impossible to reverse the damage caused by cirrhosis, it is possible to slow or stop the progression of the disease. For individuals with advanced cirrhosis, a liver transplant may be the only option for survival.

To improve the prognosis of alcoholic liver cirrhosis it is imperative to stop drinking. That is the most important step to take when the goal is to avoid further deterioration of the liver. This is because not only is alcohol toxic to the liver, but an alcoholic rarely stops at having an “occasional” drink. For many alcoholics, denial is a problem to be reckoned with, with misguided thinking that they may be able to moderate their drinking. According to Rob Morgan, president and CEO of Cybersober.com, “One of the biggest problems with alcoholism is denial and moderation allows that to stay alive.” Other measures to take in addition to sobriety might include using medications, such as corticosteroids, insulin, calcium channel blockers, and antioxidants to help improve the health of the liver.

What is an Alcohol Use Disorder?

Alcoholism is a widespread problem with 88,000 deaths each year in the U.S. attributed to alcohol abuse or dependency, according to the Centers for Disease Control. The CDC has established guidelines that help increase awareness of what constitutes excessive drinking. According to the CDC:

The CDC defines a “drink” as one 12-ounce beer, 8 ounces of malt liquor, 5 ounces or wine, or 1½ ounces of liquor. Drinking in excess of these guidelines may result in an alcohol use disorder, or AUD.

An AUD is diagnosed based on criteria outlined in the DSM-5 through a series of questions. The questions are, “Have you”…

The number of questions answered in the affirmative will determine the severity of the AUD diagnosis, whether it is mild, moderate, or severe.

Warning Signs of an Alcohol Use Disorder

As the tolerance to the effects of alcohol increase, heavier levels of alcohol consumption will follow. This is due to the brain and central nervous system having adapted to the substance, resulting in the need to drink more to achieve the calming effects experienced initially. Signs of a possible AUD include:

Getting Help for Alcoholism

When you or a loved one has been diagnosed with alcoholic liver cirrhosis, the next step in arresting the damage to the liver is to achieve sustained sobriety. Getting professional help to achieve this goal is imperative, as the alcoholic is usually unable to stop drinking on his or her own volition. A comprehensive alcohol recovery program will provide a medically monitored detox, evidence-based psychotherapy, naltrexone drug therapy, and aftercare services.

Capo by the Sea a Luxury Rehab for Alcoholism Recovery

Capo by the Sea is a leading rehabilitation center located within a beautiful South Orange County beach community. Capo by the Sea provides luxury accommodations and amenities for individuals seeking recovery from alcohol addiction or dependency. Our alcoholism recovery program features a highly effective blend of evidence-based therapies, holistic therapies, and medication. In addition, our program features dual diagnosis expertise for treating co-occurring mental health conditions. For more information about our program, please contact Capo by the Sea today at 888-529-2114.