The opioid epidemic claims nearly 50,000 lives a year in the United States, with a further 1,000+ emergency room admissions. The nation’s health is suffering, the healthcare sector is struggling, and it’s a huge financial burden on the state.

But there’s one often overlooked area that could be suffering the most: family. For every addict that abuses, overdoses, or commits a crime, there is a strong family network behind them that has to deal with the consequences, and opioid addiction is one of the most pervasive issues that millions of American families are dealing with right now.

Drug addiction gets passed through families like a genetic disease.

Parents are role models that children look up to, but they are also teachers from whom children learn the ways of the world. If a child was raised by a parent who used drugs every day, they will assume this behavior is acceptable. A drug addict may also introduce their child to drugs—intentionally or not—and they are less likely to chastise a child they discover is using.

It Creates a Negative Family Unit

In the book, “Drug-abusing families: intrafamilial dynamics and brief triphasic treatment”, a seminal publication on drug addiction and familial issues, the following characteristics are presented as being common in a family with a drug addicted parent:

This negative environment is unfavorable for the child’s development and can impact negatively on their mental health, education, and social life.

Children are Raised by Grandparents

The opioid epidemic has given rise to drug-related crime, hospital admissions, and neglect, and many addicted parents are either abandoning their children or having them taken away from them. An increasing number of these are living with grandparents. Nationwide, 2% of children live in a grandparent’s home without a parent present, but this is as high as 6% in states like Vermont.

Two-thirds of these grandparents are living well below the poverty line, and because they didn’t expect to be looking after a child in their retirement, they are often ill-equipped to do so. They are forced to deal with whatever trauma their child has put their grandchild and family unit through, and they have to deal with this, while raising a young child well into their twilight years.

The children who don’t follow in their parents’ footsteps and don’t abuse drugs or alcohol still have to deal with the trauma of seeing their parents go through it. They can develop a form of Post-Traumatic Stress Disorder, as their youth is a catalog of abuse, humiliation, loneliness, and abandonment.

They are often forced to become self-reliant at a very young age, losing their innocence and their childhood wonder and seeing it replaced by anxiety, responsibility, and stress.

The Children are Abused

No parent should let their child suffer, but under the influence of drugs and alcohol, many do. Horrific stories of parents going on drug binges while their baby starves to death are rare and are thankfully the exception, but many children still suffer some form of neglect or abuse at the hands of an addicted parent.

A parent who is addicted to drugs is more likely to neglect a young child’s hygiene and diet, they are more likely to expose them to disease and illness and to ignore the initial signs of those diseases when they arise.

This is especially common in households where both parents are addicts and/or heavy users, but it’s something that is happening in millions of households across the United States. Addicts often live below the poverty line and tend to prioritize their addictions above anything else, which means a child may be forced to go without food, clean clothes, or medicine just so the parent can get their fix.

This may not be as extreme as letting them starve or beating them in a drug-fueled rage, but it’s still a form of neglect.

How to Get Help

It’s common for addicts to be so lost in their addiction that they fail to see the damage it’s doing to their loved ones. This is something they have to work out on their own and something they may not realize until it’s too late.

The good news is that when that realization comes, help is available to beat addiction and reestablish some structure to the family unit.

There are rehab clinics that offer intensive inpatient rehabilitation to take the addict away from their family and help them to understand the damage they have caused while they heal. These services can also work closely with the family to help them understand the process and to provide support where needed.

If you use drugs/alcohol and feel like your addiction may be hurting your family, contact a specialist today. This page from the National Institute on Drug Abuse contains a wealth of information on addiction and treatment that may provide some guidance.

This article was written and submitted by guest contributor, Nicky with Carla Vista Sober Living. 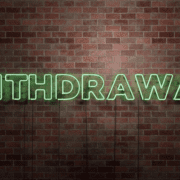 How Healthy Living Can Fight Addiction 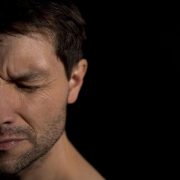 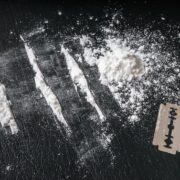