You are here: Home1 / Addiction2 / Getting a Second DUI in California

In California, a blood alcohol content (BAC) of .08% implies alcohol intoxication. When someone operating a vehicle is pulled over and found to exceed the legal limit, they will be arrested with a DUI offense. Getting a “Driving Under the Influence,” or DUI, conviction can be a devastating event, and California has among the most stringent DUI laws in the country. A DUI is a “priorable” offense, meaning that subsequent DUIs within ten years of the last will carry stiffer penalties. Therefore, getting a second DUI in California only ratchets up the criminal penalties and disastrous consequences of the life-altering event.

California requires that individuals who are charged with a DUI complete an alcohol education program and, in some cases, addiction treatment. Each county in the state has its own unique requirements, so there is variance across the state in terms of what is required. However annoying the requirement to receive alcohol education and rehab might be, this is actually a blessing in disguise. If the individual has an alcohol use disorder that has resulted in such dramatic life consequences, getting educated about the disease of alcoholism and/or receiving addiction treatment may just end up being a life-saving gift.

What Are the Penalties of Getting a Second DUI in California?

The consequences of getting a second DUI California, within ten years of the first, ramp up significantly. The second DUI carries the following penalties:

If the DUI resulted in bodily injury it becomes a felony offense with much steeper punishments.

Recognizing the Signs of Alcohol Use Disorder 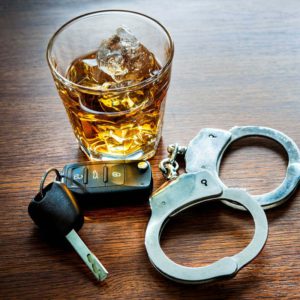 Many people are in denial about their drinking problem, choosing to ignore it until something life-changing like a DUI arrest serves as a wake-up call. Some of the signs of alcohol use disorder that can signal the need for professional treatment include:

Although the rates of drunk driving have dramatically decreased since more stringent penalties started being enforced in 1971, driving under the influence is still a serious societal problem. In fact, according to the Centers for Disease Control, 29 people die each day in automobile accidents that involve a drunk driver. In 2016 alone, over 10,000 Americans lost their lives in crashes involving an impaired driver. That same year, over a million people were arrested for DUI.

Rehab After Getting a Second DUI in California Is a Positive 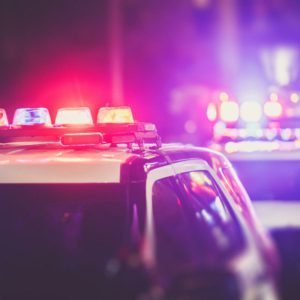 Whether court ordered or voluntary, getting help from an alcohol addiction treatment program can be a positive outcome to getting a DUI. Sometimes something drastic must happen to crystalize a serious problem that needs attention. Being arrested for a second DUI is one such event, bringing the individual to recognize he or she has a serious drinking problem.

Not only does rehab allow a person to reprioritize their lives around sobriety and wellness, but it can introduce new healthy habits, teach stress reduction techniques, help families communicate better and heal, and promotes introspection that helps the individual understand why they are abusing alcohol. Rehab offers the opportunity to slow down and really examine one’s life trajectory and make important changes that can lead to a more fulfilling, productive life.

Treatment for Alcohol Use Disorder

Getting treatment for an alcohol use disorder can involve outpatient rehab for new or mild alcohol problems, to extended inpatient programs for moderate to severe alcoholism. Through individual and group therapy, 12-step or similar recovery group participation, addiction education, relapse prevention planning, acquiring new coping skills and stress reduction techniques the individual can confront their alcohol use disorder and work to overcome it.

Capo By the Sea is an upscale alcohol rehab center located in a beach community in South Orange County, California. Capo By the Sea provides important alcohol education classes and treatment for alcohol use disorder, satisfying the court requirements associated with getting a second DUI in California. For more information about the program, please contact Capo By the Sea today at 888-529-2114.

Why Do Opiates Make You Sick

Help for Alcoholism and Depression
Scroll to top Click to Call