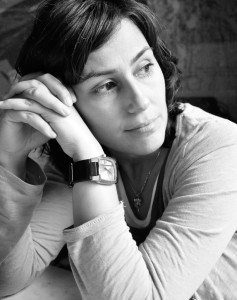 And What You Can Do About It

If you grew up in an alcoholic family, you may have promised yourself that once you got out, you’d never make the same mistakes as your parents. You may even have sworn never to put your kids through what you went through as a child. Perhaps you even attended an executive detox or rehabilitation program, and thought your problem was solved without additional follow-up treatment.

But alcoholism is an illness that runs in families, and you may not be able to prevent it from impacting your life. In order to avoid its destructive force, you must be aware of alcoholism’s presence — and take daily steps to fight it.

Many studies concur that genetics plays a strong role in who becomes an alcoholic. In fact, if one or both of your parents was an alcoholic, you are roughly four times as likely to have trouble with drinking yourself. Children of alcoholics are also at a higher risk for behavioral and emotional problems. If you are currently in therapy for alcoholism, or attending an executive detox, your practitioner can help you examine genetic factors to see if they contributed to your drinking.

The effect of learned behavior

As important as genetics are, more than one–half of all children of alcoholics actually do not become alcoholics themselves. This means there’s more to alcoholism than meets the eye – learned behavior also plays a part. For instance, you are more at risk for developing alcoholism if:

If alcoholism runs in your family, there is hope

Just because alcoholism runs in your family doesn’t mean you should despair – or to let this disease control your life. Once you are consciously aware of alcohol’s destructive influence, you can take action to prevent old patterns from repeating themselves. Learn more about how to do this at an executive detox facility.

Take the first step in fighting the disease of alcoholism – contact an executive detox. Capo by the Sea offers first-rate treatment, luxurious amenities, and a peaceful setting in which to begin your recovery. Speak to one of our intake counselors today. We are here for you.